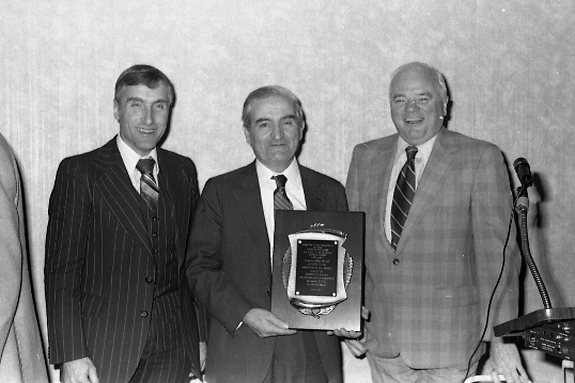 On June 29, Dr. Paul Zareh Bedoukian passed away at the age of 89 of complications following esophageal surgery. Bedoukian was the world’s foremost expert on ancient Armenian numismatics—a true collector and distinguished leading scholar in a field he tilled indefatigably for more than 50 years—and we are all poorer for this loss.
Paul was born in Sebastia (Sivas, now in Turkey) in 1912. As a young boy he became a victim of Turkish oppression. He was forced to leave his boyhood home and march south for hundreds of miles to the Syrian Desert. He and members of his family were among over a million Armenians who were killed or deported from their homes in the genocide of 1915. In the ensuing tragedy Paul lost several relatives, including his father. He settled in Canada with his mother and brother, where he earned a Ph.D. in organic chemistry at McGill University in 1942.

Armed with training in science, Paul moved to the United States, where he became an international authority in the chemistry of perfumes and flavors.
After a career as a consultant for several well-known firms, he formed Bedoukian Research, Inc., a company specializing in the manufacture of synthetic chemicals for perfumery. Under his direction, Bedoukian Research became one of the most prominent organizations in this specialty.

His first love, however, was the collection and study of Armenian coins and antiquities. Through Bedoukian’s efforts, Armenian coinage and its associated history became known to the worldwide numismatic fraternity. He was an indefatigable researcher who was continually burrowing into the unknown folds of the Armenian past. His principal lasting contributions are his more than a dozen books and 100-plus scholarly studies on various aspects of early numismatics, including the coins of ancient and medieval Armenian kings, Roman coinage, coins of the Crusaders, scientific study of coins, hoard studies, early medals, and other topics. This prolific output opened new horizons that were previously beyond the grasp of most collectors. He sponsored the striking of several attractive commemorative medals for the Armenian community of New York. He lectured widely and, with the help of his wife Victoria, prepared displays of Armenian coinage that brought hundreds into the hobby. He was a member of several organizations, including the Armenian Numismatic Society, which elected him an honorary life member in 1971. He was also a member (and benefactor) of the American Numismatic Association, American Numismatic Society, Royal Numismatic Society, and the Societe Francaise de Numismatique.

Two of Bedoukian’s most important contributions to numismatic science are the books Coinage of Cilician Armenia (1962 and revised in 1979) and Coinage of the Artaxiads of Armenia (1978). Both of these trailblazing works, really the first of their kind in English, are indispensable to collectors and researchers.

His collecting activities resulted in the preservation of literally thousands of coins and unique artifacts of the Armenian cultural heritage that might otherwise have been lost. Then, over a period of four decades, he generously donated these items to various museums in the United States, Europe, the Middle East, and Armenia. Among the beneficiaries of his largesse are the ANA, the ANS, Harvard University, the Smithsonian Institution, Columbia University, the Armenian Library and Museum of America, and the State Museum of Armenian History. At most of these institutions, these collections form the bulk of the Armenian holdings.
Paul’s achievements and generosity have been recognized several times by his colleagues. In 1993, he received the American Numismatic Association Smedley Award for service to the ANA, and last year he was honored with a gold medal bearing his portrait struck by his colleagues in the Armenian Numismatic