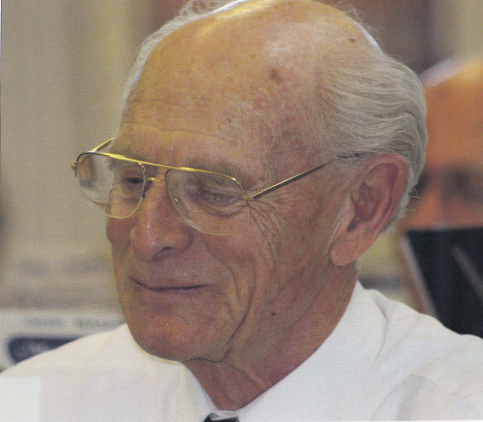 The Role of Dr. Jan Stofberg in the Flavor Industry

Jan Stofberg got his Doctorate in Chemistry in 1951 at the Universiteit van Amsterdam in the Netherlands. He started working in Research at Polak’s Frutal Works (PFW), then went into flavor production, quality control and flavor creation there.

He became a sworn member of the Advies Commissie Warenwet, the Dutch equivalent of the FDA. It is composed of legal, academic and industry specialists and is charged with drafting the regulations for consumption products and cosmetics.

He was one of the group of representatives of the International flavor industry that created the International Organization of the Flavor Industry IOFI where he was elected chairman of its Committee of Experts. In that function he drafted, together with the secretary of IOFI Dr. Friedrich Grundschober, the IOFI Code of Practice that established standards for the definitions used in the flavor industry and proper procedures for production and labeling. Because of his work as a flavorist and his international organizational work he received an invitation to become a member of the American Society of Flavor Chemists, Inc. which he accepted on June 27 1968.

While in charge of the PFW flavor lab in Amersfoort in the Netherlands, he worked on the application of chemicals newly identified in foods by the Research lab there, leading to improved flavorings for butter, coffee and other complex food type flavors. He also created his Jaffa Orange flavor there.
In a meeting of the IOFI Committee of Experts he introduced his Consumption Ratio concept, being the quantitative comparison between the flavor industry use of flavoring chemicals and the exposure to those chemicals by the normal consumption of the foods in which they occur. The purpose of this ratio is to become part of the safety evaluation of these chemicals, such as is done by the Expert Panel of FEMA for inclusion in the GRAS list, and by the Council of Europe. It is described in detail in the peer reviewed journal Food and Chemical Toxicology 23(9), 857, 1985.

His Consumption Ratio was well received. It led to several invitations for presentations about it, i.a. in Moscow. London, Strasburg and Tokyo. He also received several awards for it. The Member Service Award from FEMA, one of the 12 golden Littlejohn medals from the British Society of Flavour Chemists, and the Dr. Richard L. Hall Distinguished Service Award. At the presentation of the last one Dr. Halll personally gave an excellent explanation of the Consumption Ratio and its usefulness. Last but not least the Golden Blotter Award of our own Society of Flavor Chemists.

For the actual calculation of the CR, we need to know the poundage used yearly by the flavor industry, and the amounts present in foods as consumed. The poundage used was provided by the FEMA Food Additives Committee, by running surveys in which most of the larger flavor companies participated. The quantities present in common foods were found in the literature, such as the Dutch TNO-CIVO reports on Volatile Compounds in Food, and data from the PFW Research department. The actual calculations were performed by the Computer department of PFW in Middletown NY. Long lists of Consumption Ratio data were published in the journal Perfumer & Flavorist. Vol. 12 No 4 P 27.

As V-P. International Product Safety Assurance he used the fast growing capabilities of the PFW computer department to input all available data on limiting classifications for all the ingredients of PFW flavor formulas,, such as GRAS, C of E and nature identical. This enabled the staff to quickly advise, from formulas, formatted in individual ingredients, the suitability of flavorings for different countries or customers.

Jan Stofberg and his wife Nel enjoy their retirement at Lake Monticello in Virginia. They can be reached at stofberg@comcast.net