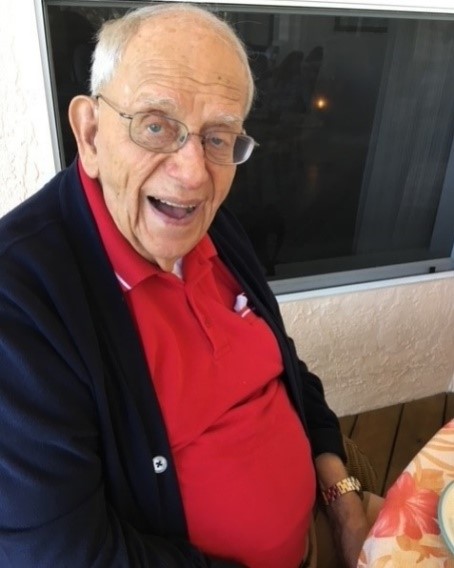 From NYIFT Newsletter – Longtime IFT member, Rudolf (Rudy) J. Krukar passed away in November at the age of 91.  Mr. Krukar joined IFT in 1964 and was active in the New York section throughout his career and retirement.  He served as Chairman of NYIFT from 1972-1973.

A graduate of Seton Hall University with a BS in Chemistry and New York University with an MS in Biochemistry, Mr. Krukar began his career in the vitamin division of Hoffman LaRoche, where he held a variety of positions.  He joined The Nestlé Company (FIDCO division) in 1966, transitioning from a technical role to a more commercial one, and was instrumental in helping the company build its hydrolyzed vegetable protein business in North America. He also authored a number of papers on hydrolyzed vegetable proteins over the years.

In 1972, his career took him into the flavor industry when he joined Givaudan as director of international marketing. Building on his experience in hydrolyzed vegetable proteins, he later assumed roles with increasing responsibility at The Stange Company and McCormick and Company before joining Champlain Industries as vice president of sales/marketing, a role he held until his retirement in 1996.

In addition to being a member of IFT for more than 45 years, Mr. Krukar was also an active member of the Society of Flavor Chemists.

Mr. Krukar was born in New York City on June 27, 1929 to Mieczyslaw and Katherine Krukar. Rudy was always interested in music and was an accomplished accordion and keyboard musician. He served in the US Army Chemical Corp in Sampigny, France.

After his service in the military, Rudy obtained his Bachelor of Science degree from Seton Hall University in South Orange, New Jersey. Rudy was a food industry executive with a career spanning more than forty years. He was a lifetime member of Institute of Food Technologists and president of several other food industry organizations.

Mr. Krukar is survived by his loving wife MaryLou, sons Mitchell and his wife Barbara, Mark and his wife Irene, Michael and Daniel Surdez, grandsons Ryan and his wife Stephanie, Kyle, Matthew and his wife Elena and Alex and his wife Victoria, granddaughter Stella Schaefer Surdez as well as his two great grandchildren Charles and Quinn.

In lieu of flowers please consider making a donation on Mr. Krukar’s behalf to one of the following charities: