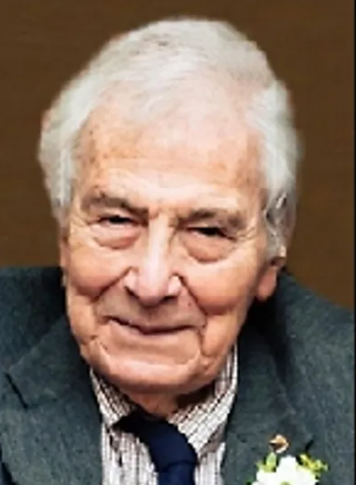 Marvin F. Preiser died peacefully at the age of 96, with family members by his side, and Édith Piaf playing in the background, at the Roscoe Nursing and Rehabilitation Center in Roscoe, New York.

Marvin was born in The Bronx, NY, the son of Morris and Ida Jacobs Preiser, and was the oldest of four children. Marvin was an inquisitive young boy who spent much of his free time in the New York Public Library and the Museum of Natural History. He had a quest for knowledge that continued throughout his entire life. Marvin was in the first full year graduating class of The Bronx High School of Science in June 1942, where he expanded his interests in organic chemistry, language, and literature. The hands-on activities he experienced included skills he used throughout his life. In 1943, he married Ruth Katz and enlisted in the U.S. Army during World War II. After receiving training as a surgical technician, he entered the Army Medical Corps. He attained the rank of Sergeant, and spent 13 months in France, serving as a French interpreter, and overseeing a POW camp in Normandy.

After completing his service in 1946, Marvin joined Polak’s Frutal Works (PFW) in Middletown, NY, as a lab assistant and worked his way up to Vice-President of International Operations overseeing manufacturing and related operations in the United States and Europe. He left PFW in 1977, and spent a year taking classes at the Culinary Institute of America, in Hyde Park, New York, to further his love of the culinary arts. His professional career continued at Bell Flavors & Fragrances, from 1978-1988 as Vice-President/General Manager of the Eastern Division.

After over forty years in the flavor and fragrance industry, Marvin retired in 1988. He continued to work as an independent consultant (MFP Associates) into his early 90s and maintained a chemical lab and a technical library in his home. He was honored as a 65-year member of the American Chemical Society in 2017 and maintained memberships in various other industry associations. In his retirement, he also fulfilled a life-long dream by formally completing his education, earning a BA degree in Philosophy at SUNY New Paltz in 1993.

Marvin always lent a helping hand to anyone in the family who needed it. Family gatherings always included music (with Marvin on the mandolin) and well-prepared food. He regaled his family with stories from his childhood during The Depression, with themes of resourcefulness, family, and the adventures he and his siblings had around New York City. He loved literature, classical music, haute cuisine, fine wines, and The NY Times crossword puzzles. He had a passion for languages, could quote from the classics, and played the mandolin and harmonica – including performing locally with a senior band, The Silvertones.

A private burial will be held in Walton, New York. In lieu of flowers, donations can be made to the Alzheimer’s Association or a charity of your choice.

Arrangements have been entrusted to Cornelius, Dodd & Connell Funeral Home, Middletown, NY. To send a condolence to the family, please visit www.connellfuneralhome.com